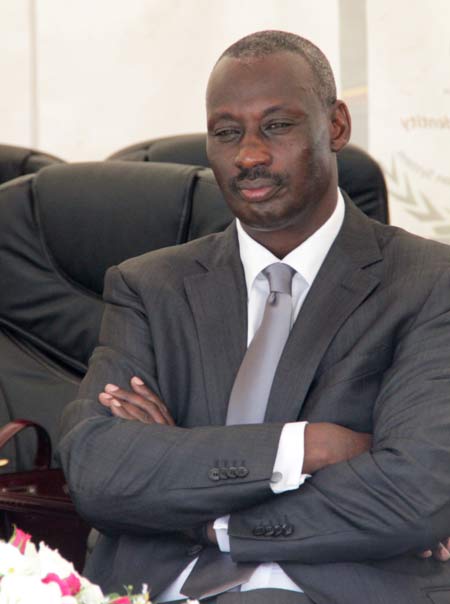 General Aronda Nyakairima, a 1993 graduate of Fort Leavenworth, Kansas, served as Uganda’s minister of internal affairs from 2013, following a long stint as chief of the country’s defense forces. In one of the last interviews he gave before his death in September 2015, he spoke to The Report Company about the security challenges facing Uganda, and the strategy in place to ensure the country's – and the region’s – stability.

The Report Company: What is being done to ensure a safe environment in Uganda?

Aronda Nyakairima: At one time, Uganda was synonymous with insecurity and conflict. When you mentioned Uganda, people thought of Idi Amin. Later on, they thought of the Lord’s Resistance Army, or the Karamojong warriors. At some point, we were synonymous with conflict, wars, terrorism and insurgencies. But it’s all over now. We have learnt our lessons, and these lessons help us to continue strengthening our lines of defense.

Defense line number one is our people. The people are the first line of security and we always work with them. We have never won a war, an insurgency, or a conflict without working with people. We worked with the Karamojong, we worked in northern Uganda, we worked in Somalia, when Somalis hated even the Ethiopians and the Kenyans, they never hated us because they knew we were well intentioned. This helped us to win over Al-Shabaab.

Uganda is a participatory democracy. People are never left out. They belong, they own it and they participate. It’s theirs. From the lowest possible village to the president, everybody is either electing or being elected. We have one of the highest turnouts when it comes to elections.

Another point is the welfare of the people. We need to make sure people’s children are at school, because if their children are at school then they will turn into good characters. If there is no school-going, then you are likely to have more young people taking up arms or going against the government. We continuously discuss education.

Development is also critical. If the economy is not developing, then you are going to run into trouble with unemployment. We also need to make sure we provide an enabling environment so that development takes place and people with money come in to invest. If a bomb goes off or a tourist is attacked then people will not come, so that is our ultimate concern.

Much has been done to ensure Uganda’s stability and attractiveness to investors, and there is so much left to do. The economy now is growing at nearly six percent, and the government aims to take it to eight percent or above. As a security person, I continuously say to my government: you are not yet home and dry. Do something with the economy.

These are the major pillars that enable us to make sure that people have a stake in the security of the country. But that is not enough. The second line of defense is the security forces themselves.

The armed forces, the UPDF, make sure that our borders are secure. Even if we are secure here, if the neighborhood is insecure, we are accordingly insecure. My neighbor’s insecurity is my insecurity. Working with our neighbors, with the AU and UN, we have opted to go up the road and maintain security there. We are present in Somalia, South Sudan, the Central African Republic, the DRC and other areas in West Africa where we are called upon. We were the first in Liberia in 1994. That then takes us into an area of regional integration. If you have collective security, most likely you would have collective development. If we have collective growth, we will have collective prosperity, and then we will have a regional market that will support an internal market.

Another layer is internal security. That is the business of the intelligence services and police services. Now those ones are quite at the frontline because of what is happening globally. The emergence of violent extremism is such that you don’t know if the boy and the girl in the classroom are likely to escape and join an extremist organization. These are global challenges and all of us have to deal with them. The challenge that is facing policing is quite serious, but at the same time you can’t wish it away; you have to take charge of it. Therefore, we ensure that we focus on possible terrorism.

“We have learnt our lessons, and these lessons help us to continue strengthening our lines of defense.”

TRC: What role does intelligence play and what lessons can you learn from your global partners in security?

AN: This is the 21st century and in terms of security the world will never be the same again. Before 9/11 happened, the Americans thought that technology had all of the answers. They went back to the heavy presence of human security. However, you also need good technology. In America now, if you make a telephone call and mention the word terrorism, they will go after you. But here in Uganda, someone could call someone and talk about killing someone and no-one would be listening, so we are investing seriously in technical intelligence.

TRC: What impact will the planned roll-out of a national identity card have on security in Uganda?

AN: This is a way to monitor and know where people are. It is another element to be added on to our arsenal of security weapons. We have registered nearly 16 million people and we are embarking on the distribution of identity cards. By the end of the year, all 16 million people will have identity cards and then after the elections next year, we will embark on registering resident aliens.

TRC: What would you say to potential investors in Uganda?

AN: The first line of investment is tourism. Come and see what we have. Uganda is at the heart of Africa, at the center of the East African Community and once you invest here, then the region becomes your market. We have begun to focus on heavy infrastructure investment and we have enabling policies and a welcoming environment for people to come here. There is huge potential in all sectors from education to health.