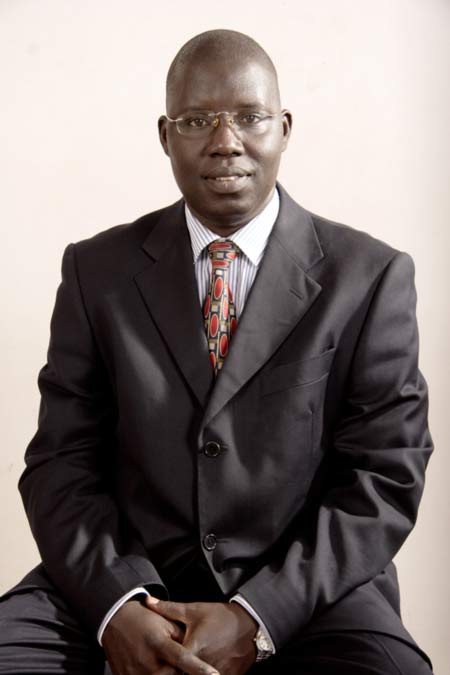 Kalangala Infrastructure Services (KIS) is a private firm investing in a $50 million project in a public-private partnership with the Ugandan government to upgrade roads, marine transport, power and water supply in Uganda’s Kalangala region, which comprises the Ssese island archipelago in Lake Victoria. John Opiro, the firm’s managing director, explained to The Report Company what the project entails.

The Report Company: How did the project come about?

After looking at a few potential partners, the government of Uganda met with British company Infraco, who then came and assessed the possibility. They saw that there was an opportunity for them to invest in the infrastructure and they could see that there was a potential that with the palm oil, the fishing industry, the tourism and the timber trade, there was already sound economic activity on the island and that it only needed infrastructure to move it forward. Infraco then developed a business plan and tabled it to the government. In 2005, the government and Infraco then signed a memorandum of understanding to develop the Infrastructure projects.

TRC: What will be the effects of this development on the island?

JO: When you look at the period when we started developing this island to where we are now, a lot has changed. The island had huge potential; it had a lot of fishing going on, it had the timber trade, tourism and the oil industry was just kicking off, but it was almost impossible to access it. The government was operating a ferry that would take one and half hours to cross a five nautical mile distance. Now it takes 25 to 30 minutes to cross, so the effect we have seen immediately is that the island has become much closer to the mainland.

By providing safe water, the project has really improved the quality of life of the people on the island. By providing power, the project has improved the productivity of the people on the island. We used to see that by 6:30pm, everybody had closed their shops, but now with electric light, the shops are open right up to midnight.

Not only that, but electrification has contributed to protecting the environment, because previously the island’s inhabitants looked at the forest as their source of fire and fuel reserves, whereas now they have power.

Finally, we have seen a lot of private investment going to the island in social services: new schools are being built, hospitals are being built, hotels and holiday homes are being built for tourism, and so we see that the island has moved from being Uganda’s second-poorest district in 2005 to its fifth richest in 2015. This is because on top of the fishing that is really booming, the oil pump outgrowers scheme has come in. If you work it out from the outgrowers scheme, the government pays almost two billion shillings to the outgrowers every month and the island has got a population of about 35,000, so if you divide this you will see that this is a very high per capita income compared to the rest of the country.

The island is now being used as a model of how rural development can be achieved in Uganda. It is very challenging because nowhere has the government had the capacity to provide power, to provide roads, to provide ferry and to provide water supply all at the same time, so that can only be done by the private sector. Basically, what the government did was to ensure that they attracted investors and kept to their responsibility, which is to provide a conducive environment, provide the proper licensing, provide the conditions which are required for the private investor to put his money in, and finally to take some of the risk. When the government steps up and acknowledges that the investor cannot mitigate against certain risks and says that it will take it over, then it becomes interesting to the private Investor.

“The island is now being used as a model of how rural development can be achieved in Uganda.”

TRC: Would this project have gone ahead without Plantation Investor’s investment?

TRC: How long is the payback period?

JO: With infrastructure normally the payback periods are very long. We think we will be able to break even after seven years.

TRC: Where do you see this project in another five to ten years?

JO: I see two main things that will happen in the next five to ten years. The first one is I see Kalangala turning out to be a tourist destination for Uganda. It’s going to be a holiday home destination. We are not going to see many Ugandans going to Mombasa for the salty waters, we are going to see Ugandans and people from the region going to Kalangala for their holidays.

The second development I see is a lot of horticulture, agro-processing and fish processing springing up on the island because the climate is very good and the power is very reliable. The land is there for acquisition and development and it is right in the center of Uganda, so it has proximity to the market. We have already seen about five companies applying for licenses to provide agro-processing, and a lot of small scale industries that have applied for power connections.

TRC: Do you see this development being replicated on other islands in the area?

JO: These are huge investments and you need economic activities to sustain them. I think the oil exploration and the prospect of development makes Lake Albert one of the locations where we will see infrastructure investment in the near future.

TRC: How would you appraise your relationship with the Uganda Development Corporation (UDC)?

JO: UDC is a private company. We know at the back of our mind that they are owned by government, but they make their own decisions as a private company and that’s what we like. They are a very good development partner. The government looks at infrastructure as a key tool for development, but the private sector does not in general want the government to have a direct interest because of the management deficiencies governments tend to have, and so UDC provides the compromise and the solution that the private sector needs. UDC is a very key partner to work with.