Amidst global uncertainties over climate change, threats to biodiversity and overfishing, Iceland is implementing a sound and responsible vision for keeping its fish stocks plentiful

Being inhabitants of a barren and remote island dependent on the sea, Icelanders have always championed responsible fishing. Whilst overfishing in other countries has caused economic turbulence, Iceland’s unique approach maintains steady fish stocks and thus a reliable, flourishing fisheries sector. Using emerging technologies and developing novel uses for fish products is also reducing wastage and protecting the marine environment.

Iceland processes 1.5 million tonnes of fish annually, and exports to almost 100 countries, bringing in around 260bn krona, or £1.3 billion. The seafood industry is thus vital for job and revenue creation.

Britain leads European importers, followed by Norway, Spain and Holland. Europe’s increasing taste for fresh fish, and the short transport distance make Iceland very competitive. This demand has led to rising prices. Indeed, while Iceland’s cod catch has decreased by almost half over the past 30 years, its financial value has increased by 138 percent.

Sustainable fishing is tradition here. A 1948 law mandated governmental regulation and, in 1976, Iceland’s Exclusive Economic Zone expanded to 200 miles. Governmental jurisdiction increased, as did overfishing concerns. In 1985, Iceland was first to ratify the UN Convention on the Law of the Sea. Internal safeguards today include regular marine surveys and a third-party ISO65 accreditation system.

While other North Atlantic neighbours were hard-hit by overfishing – Newfoundland’s cod industry collapsed in the 1980s, and despite a 1992 moratorium, the cod are only slowly making a comeback there – Iceland thought ahead, with a 1984 law establishing an individual transferable quotas (ITQs) management system. This scheme allots each fishing vessel a specific share of each species’ total allowable catch. Unlike the EU’s common fisheries policy, the Icelandic system decrees that non-saleable fish cannot simply be tossed overboard dead, but must be brought ashore and counted toward the quota, therefore maintaining fish populations.

“While other North Atlantic neighbours were hard-hit by overfishing, Iceland thought ahead”

Furthermore, according to the system, no single company can control over 12 percent of any particular fish species’ total export value. This metric is based on the North Atlantic’s most famous fish, the cod. The adjustable ‘cod equivalent,’ as it’s officially known, has become the gold standard according to which the cash value of other fish species are calculated.

The sustainability of the Icelandic system has also meant that fishermen now rank among Iceland’s highest-paid workers. However, the ITQ does present a barrier for prospective newcomers, as quotas have become expensive. This has increased industry consolidation; today, the 50 largest fishing companies in Iceland hold 87 percent of the industry’s legally transferable quotas. This trend seems unavoidable, but as Kolbeinn Arnason, director of Fisheries Iceland, points out: “what we need is to make sure that this change is as painless as possible.”

However, the system’s regulated nature obliges large companies to innovate. HB Grandi is Iceland’s largest quota-holder and, as CEO Vilhjálmur Vilhjálmsson notes, the limitations imposed upon the company challenges it to add as much value as possible.

New ideas abound. HB Grandi was the world’s first company to process air-dried fishmeal with electric power in order to cut down on oil usage, which is being reduced further with investment in energy efficient vessels that don’t release CO2 emissions. Another leading company, Brim Seafoods, also uses technological investment for value addition and waste reduction. Modern on-board cooling tanks have increased mackerel’s value and desirability, while a computerised drying cabin is used to prepare fish heads – a product overlooked by most companies – for Brim’s important Nigerian market.

Additionally, fish farming is helping sustainability. Some 13,700 tonnes of farmed fish were produced this year. America imports around 56 percent of it, with Britain the second-largest importer by volume.

Along with fishing, fish processing, technological development and marketing, Fishing Iceland even markets to Icelanders themselves. Since fishing is depicted as “a relatively old-fashioned business,” says Kolbeinn, it must be marketed to appeal to younger generations.

Today, Iceland’s fishing industry has become a natural draw for creative innovators and young people interested in global business, as it goes beyond simply catching cod to adding value to fish as food, medicine, and even fashion accessories. 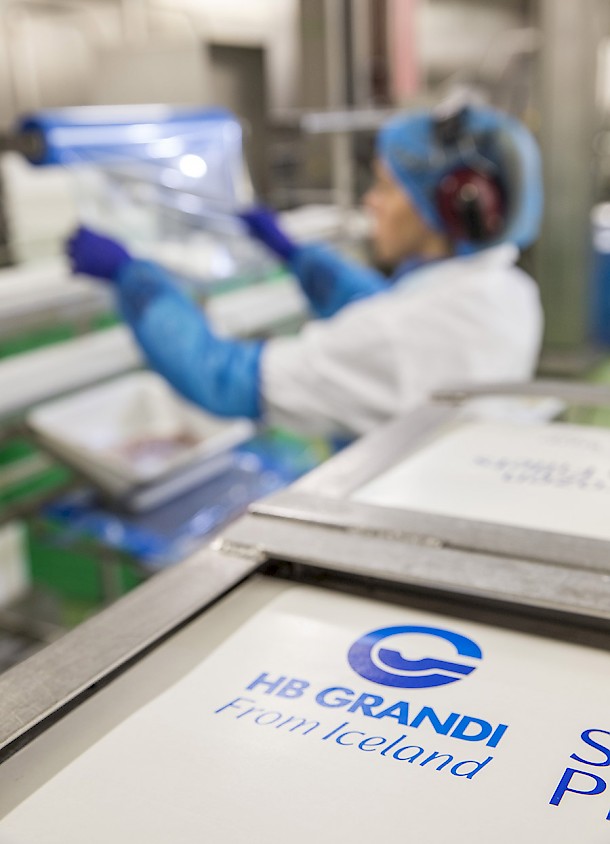 Exporting fish heads, extracting enzymes for cosmetics and tanning fish skins for fashion are just some of the ways that the ever-innovative Icelanders are adding value in a highly regulated and competitive industry.

Iceland’s oddest byproduct, though, is fish leather- a soft, supple and scent-free material coveted by the designer set. Companies like Atlantic Leather use fish skin for clothing, shoes and furniture, its cross-fibre structure making it surprisingly strong.

Whether or not Icelanders spark a fish-leather fashion craze, it’s already benefitting other sectors. In 2014, Sútarinn, Iceland’s last remaining tannery, opened a museum for thousands of curious tourists. Located near the north-coast town of Sauðarkrókur, the museum recreates the tanning process and displays historical photos and implements.

is the percentage of total Icelandic export value accounted for by seafood products, equalling 272bn krona

the UK is the second-largest market for Icelandic farmed fish by volume, importing 795 tonnes of it in 2013 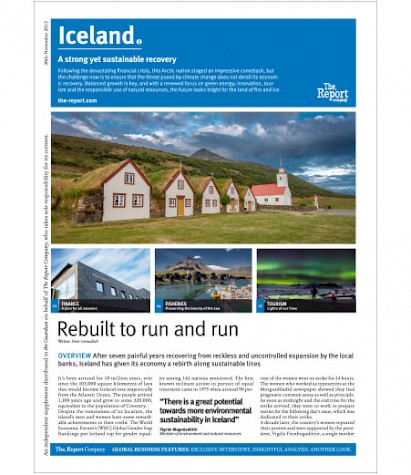 This article was published 30 November 2015
in partnership with: 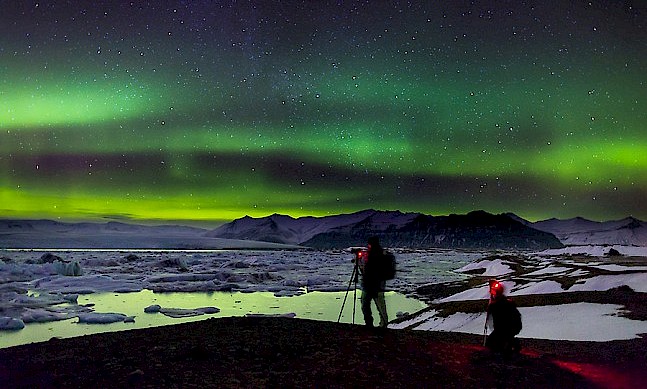 Lights of our lives

No trip to Iceland is complete without witnessing the Northern Lights, as well as enjoying the spectacular scenery, hot springs, wildlife and sport. 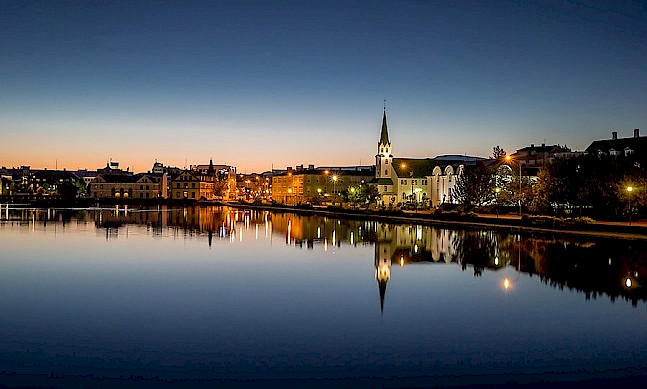 How rapid growth in tourism has not only helped Iceland's economic recovery but also paved the way for a bright future. 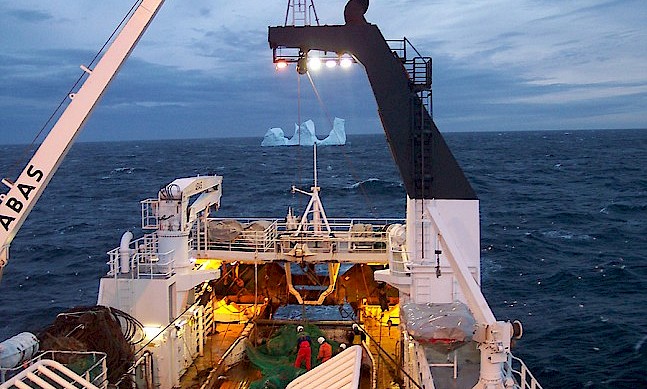 Brim Seafood, one of Iceland’s biggest fishing companies, can trace its roots back to 1955

In association with Brim Seafood 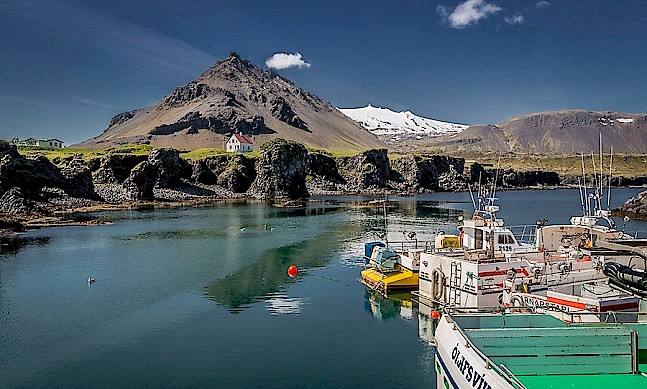 Amidst global uncertainty over climate change, threats to biodiversity and overfishing, Iceland is taking a sound, responsible approach to fishing. 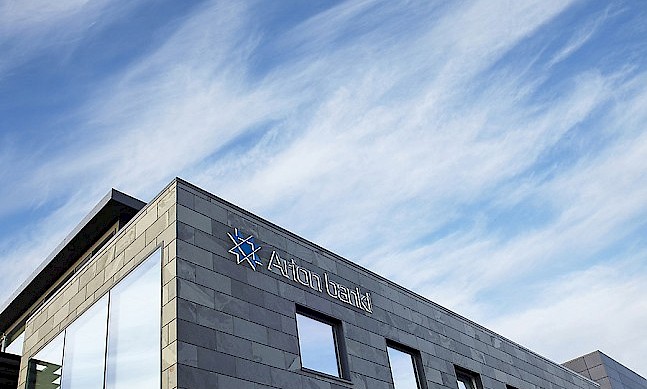 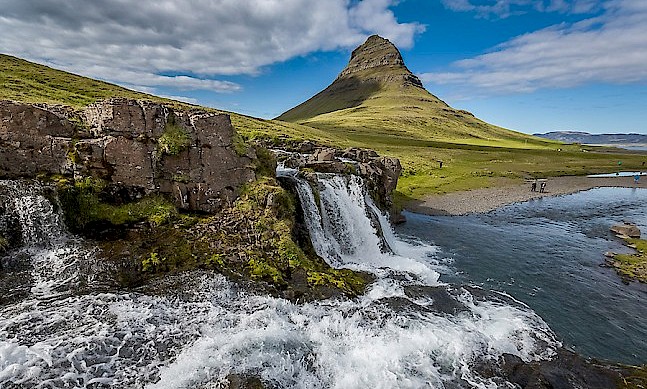 Iceland: rebuilt to run and run

Following seven painful post-crisis years, Iceland's economy has been reborn along much more sustainable lines than before.