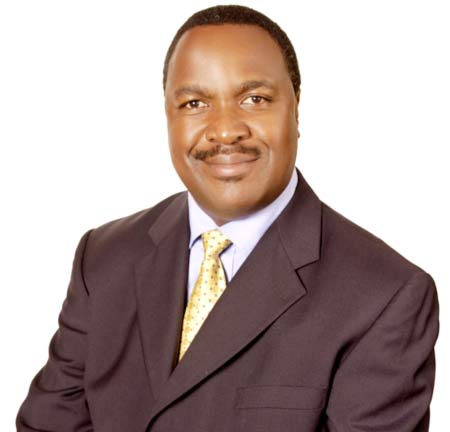 Recently appointed as Uganda’s health minister following almost 15 years in parliament, Dr Elioda Tumwesigye has trained in medicine at institutions including the University of Washington, Seattle, the Bill and Melinda Gates Institute for Population and Reproductive Health, and the Johns Hopkins Bloomberg School of Public Health. He spoke to The Report Company about Uganda’s pioneering progress in the battle against HIV/AIDS and malaria.

The Report Company: How much of a priority is health in the government’s budget?

Elioda Tumwesigye: In Uganda, health is a priority. Health for many years has been the fourth-largest item on the budget, although it has recently moved down to fifth place as security spending has been increased lately. This does not mean that the health budget has changed, simply that a larger amount is being spent on security.

In short, in terms of health financing, we don’t have adequate resources, but we do appreciate the U.S. government, which strongly supports this ministry, especially in the field of HIV/AIDS, as well as other partners such as The Global Fund.

“Uganda has acted seriously and in a robust way in the treatment and prevention of HIV, which allowed us to reduce HIV prevalence from about 18 percent in 1982 to about six percent by 2002.”

TRC: What progress have you made in health insurance?

We hope that as we move forward, the insurance system will enable us to pool resources so that Ugandans will not to face any financial catastrophe if they should fall sick. For medical insurance, we are going to start with those people employed by the government, and then those people employed in the formal private sector. Following that, we will launch a basic insurance that can be used to target the informal sector.

TRC: What is the current status of HIV/AIDS in Uganda?

ET: In Uganda, we are doing very well in terms of HIV/AIDS. For whatever reason, which we have never known, Uganda was the first country in Africa to experience HIV and AIDS cases in 1982. At that time, we did not know what the disease was or what was causing it. By 1986, when the current government took over power, there was a debate about whether we should be open about the fact that we had this disease in our country. The current prime minister was, at that time, the minister of health, and he took the decision to come out clearly and talk about AIDS.

Overall, Uganda has acted seriously and in a robust way in the treatment and prevention of HIV, which allowed us to reduce HIV prevalence from about 18 percent in 1982 to about six percent by 2002. However, it is worth noting that after 2002, HIV prevalence started going up again because of complacency, reaching 7.3 percent by 2011. However, with support from the U.S., The Global Fund, and others, we launched some new initiatives.

We launched a program to prevent mothers transmitting HIV to their children. This was championed by the First Lady. Since this was launched, over the past three years HIV infection amongst children has dropped from over 28,000 children per year to now about 8,000. By the end of this year, we think it will have gone down to about 4,000. Therefore, we are moving forward in terms of reducing HIV in children, as well as reducing the overall number of infections in the country. We have also been able to be successful in increasing the number of people put on treatment. Now, the people on treatment are in excess of 700,000.

“We don’t have adequate resources, but we do appreciate the U.S. government, which strongly supports this ministry, especially in the field of HIV/AIDS, as well as other partners such as The Global Fund.”

TRC: Another area which is very important is malaria. The main strategies are supplying malaria nets and spraying indoors. Is this enough?

ET: I want to reassure the world that we are tackling the issue of malaria head-on. Malaria is a very interesting disease, and has been around as long as man has been around. This parasite was discovered in the 1800s, and it is more intelligent than the parasitologists working on it. We produce vaccines, we produce drugs, but it becomes resistant to these drugs and vaccines so it is able to evolve.

As a country, we are using four strategies. First of all, we use indoor residual spraying, to ensure that mosquitoes don’t come and hide somewhere in the house. But unfortunately the mosquitoes are developing a resistance these sprays.

The third approach we are using is disease management. When people fall sick, we ensure that we give them treatment, and we take treatment to the villages as well as rapid diagnostic tests which can test children for the presence of malaria. These local clinics are helping to reduce infant mortality, together with immunization.

Another approach involves going to bodies of water and putting in biological agents which are able to clear the larvae and make sure they do not grow to become mosquitoes.

However, we have concentrated so much on the mosquito, but the mosquito is not the problem. The problem is the malaria itself. Now we are trying to find out if we can test every Ugandan, because there are some non-symptomatic carriers who are not sick themselves, but when a mosquito bites them, it goes and transmits malaria to other people. We are considering mass testing and mass treatment. We will do this several times to make sure that nobody will have malaria.

TRC: In which areas do you see scope for partnerships with private investors?

ET: There is scope in the private, not-for-profit sector. About 40 percent of our hospitals are owned by churches, by mosques, or other religious institutions. This means they are being supported by Europe and the USA. Most of them have been losing funding because in Europe, fewer people are going to church, for example, so there is less funding. Now most of these mission hospitals are struggling.

The government of Uganda is allocating money each year to support these hospitals, as a public-private partnership. We give them some money, and we expect them to reduce the costs that they charge.

We, along with the ministry of finance and the Bank of Uganda, are trying to work with institutions like the World Bank to provide affordable credit. We are also moving towards inviting companies to come and work with us in our government facilities.

TRC: What would you like investors and visitors around the world to know about the health sector in Uganda?

ET: Uganda is an island of peace in a geopolitically volatile region. Uganda has proved to the world that we are able to take the lead and show the way in the various epidemics. We contained Ebola, we contained Marburg, and our doctors were among the first to go to West Africa to contain the epidemic there. Uganda has the capacity to handle health problems. However, despite the successes that we have registered in various areas, we still need support, and any support in any sector within health would be highly welcome.