Oxford graduate and economist Edward Scicluna’s professional career has included stints as a consultant for the EU Commission, UNESCO and for the governments of Albania, Libya and Turkey. He has been called upon to provide economic advice to the IMF annual delegation to Malta as well as rating agencies such as Moody’s and Standard & Poor’s. He has been Malta’s finance minister since 2013 and his tenure thus far has been characterised by a measured and steady strategic approach. The Report Company met with him in Valletta to find out more about the approach taken to attain stability and growth within the financial sector.

The Report Company: What makes Malta’s financial sector as stable as it is today?

Edward Scicluna:  The financial stability is a combination of stability in the financial field and stability in the macroeconomic field. We have a healthy economic growth and we endeavour to control expenditure in such a way so as to ensure that we do not go beyond our projected parameters. There are a number of indicators, such as private indebtedness, public indebtedness and property prices which we need to monitor so as to avoid macroeconomic imbalances.

A very positive aspect which one should consider is the strength and stability of Malta’s financial services industry, which, notwithstanding the immense pressures during the international financial crisis, came out unscathed.  In view of the fact that financial institutions deal with other people’s money, it is important that an element of prudence is in place. While encouraging and promoting Malta’s financial institutions, we ensured that strong regulatory measures are in place so as to avoid any unnecessary risks. We are constantly taking the necessary measures so as to further enhance our regulatory framework. Following my past experience as the chairman of the Malta Financial Services Authority, I understand that regulatory stability attracts serious institutions who are looking for stable and competent jurisdictions.

“As financial institutions deal with people’s money, it is important that an element of prudence is in place.”

TRC: According to the European Commission, Malta’s deficit is expected to fall to 1.8 percent in 2015, while at the same time GDP growth is seen at 3.6 percent this year. How do you strike a balance between reducing the deficit and keeping GDP growth without resorting to austerity policies?

ES: This can be achieved by constantly monitoring the economic situation. In other words, one should not concentrate solely on consolidation to the detriment of economic growth. While ensuring that a measure of control is in place, investment and employment are crucial towards achieving economic growth.

It is basically a balance between economic growth and consolidation. After looking and learning from what happened in Greece, Ireland and Portugal, we realised at an early stage that austerity measures would only hinder economic growth and so we embarked on a dual strategy of controlling expenditure while on the other hand assisting the business community to expand their commercial activity. Through this strategy, we have managed to improve our financial stability, reduce unemployment and increase economic activity.

In 2013, during our first bilateral discussion with the European Commissioner, we emphasised the fact that we were not ready to stall our economic growth. We were willing to endeavour to cut down on excessive expenditure while retaining the present benefits regime.. We did things in our own way, and in six months we managed to contain expenditure while encouraging economic growth. In the first year, we managed to reduce our deficit by one percent, which was followed by a further reduction of 0.5 percentage points in the following year. We are hoping to reduce our deficit even further this year.

“Regulatory stability attracts serious institutions who are looking for stable and competent jurisdictions.”

Our emphasis is on making work pay. Most of the problems with social benefits are related to the fact that the system used to encourage people not to work. As the benefits were higher than the minimum wage it wasn’t in one’s interest to work. We have now introduced a system directed at the unemployed and disadvantaged segments, whereby the benefits are tapered so that they can retain two-thirds of their benefits when they start working.. We were a bit harder on the under-23s; as they have to join the Youth Guarantee Scheme so as to be able to receive benefits.

TRC: What is your approach to maintaining low levels of unemployment?

ES: We were criticised for pushing people into the labour force, but we had the lowest labour participation in Europe. Besides this, we also suffered from the impact of early retirement schemes for males. We wanted to increase the output potential by increasing the labour supply, so we have introduced a number of tax breaks so as to encourage people to return to work. It is our intention to share the economic gains with people if they are willing to participate. In one year, the female participation rate increased by 3.3 percentage points.

TRC: How necessary is it for Malta to import workers to fill gaps?

ES: In view of the fact that we have a skills gap related to a number of specific specialised jobs and also a lack of demand for lower end jobs, we have adopted an open policy. This situation is evident in either really specialised work or in menial jobs that Maltese are reluctant to undertake due to our standard of living. For certain jobs, such as those in the i-gaming industry, one can find a number of young people who come from all over the world. However, if we had to train our local young people they would be able to work in these specialised areas.

“The next phase is for Malta to become a service centre for the region.”

Our target for the future is to train young people in these specialised fields so as to facilitate their access to these jobs. Our next challenge is to address the issue related to early school leavers as it is not acceptable in this day and age to allow young people to leave the education system without the necessary skills required today.

It is important that supply meets demand within the employment market. We are not against foreign people getting jobs, but we would prefer if we are in a position to meet the supply through locally-trained personnel.

TRC: What are your objectives for your term as minister?

ES: Malta has passed through various phases. It was once a military base, we then moved on to the industry sector, tourism, financial services, i-gaming and IT-related back office industries. Now the next phase is for Malta to become a service centre for the region.

There is regional demand for companies to be based in a jurisdiction whereby doing business is easy. Another area which we are looking at is that related to the demand for tertiary education for people originating from the MENA region. Their education standards are not yet up to those found in Malta, and therefore as we are geographically suited to their needs, the demand for such a service is on the increase. The same can also be said for the healthcare sector. This is where I see Malta’s future. 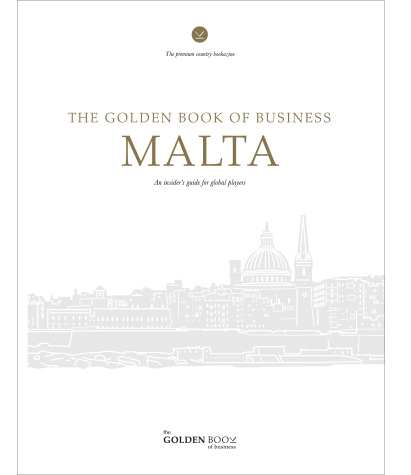 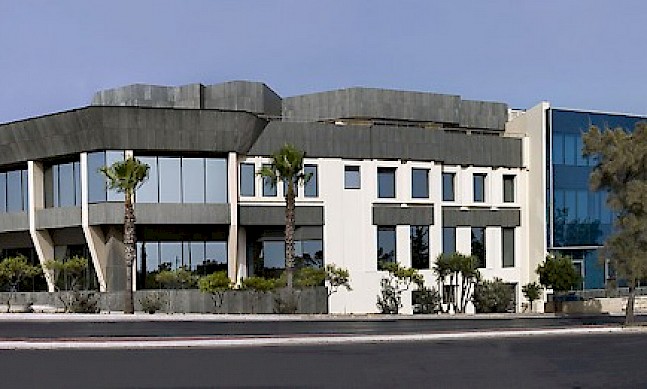 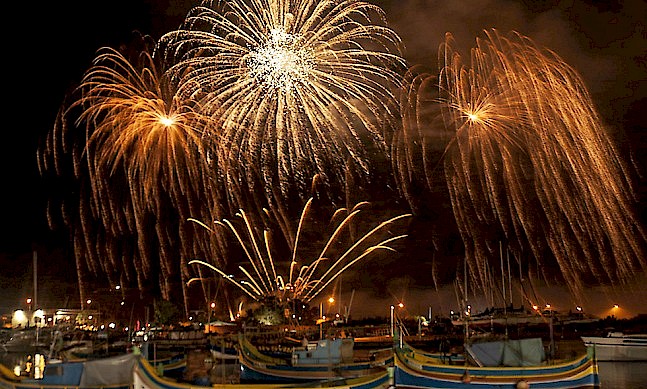 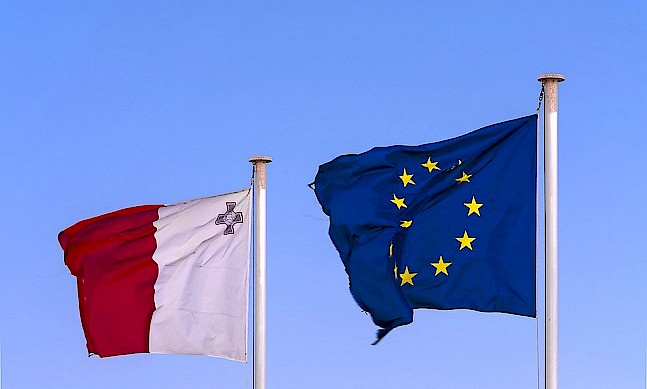 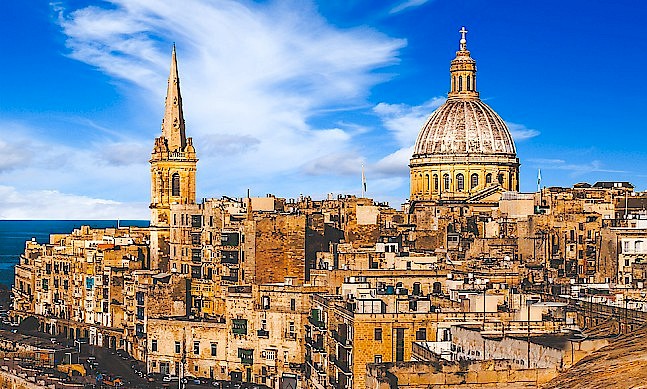 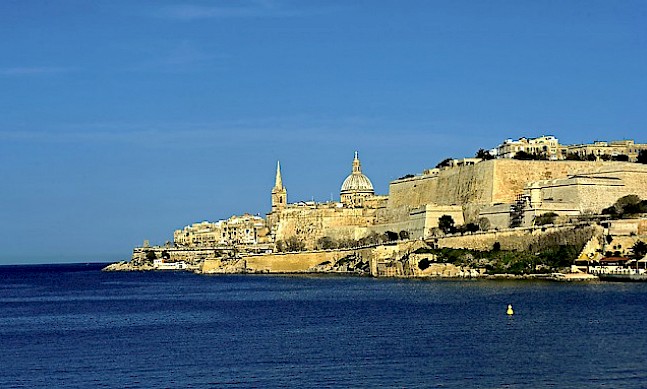 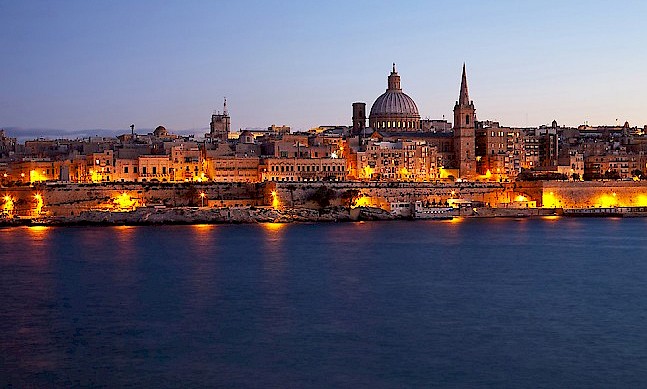